Apprentice baker in Carentan, Living at Méautis, 15 years old in 1944 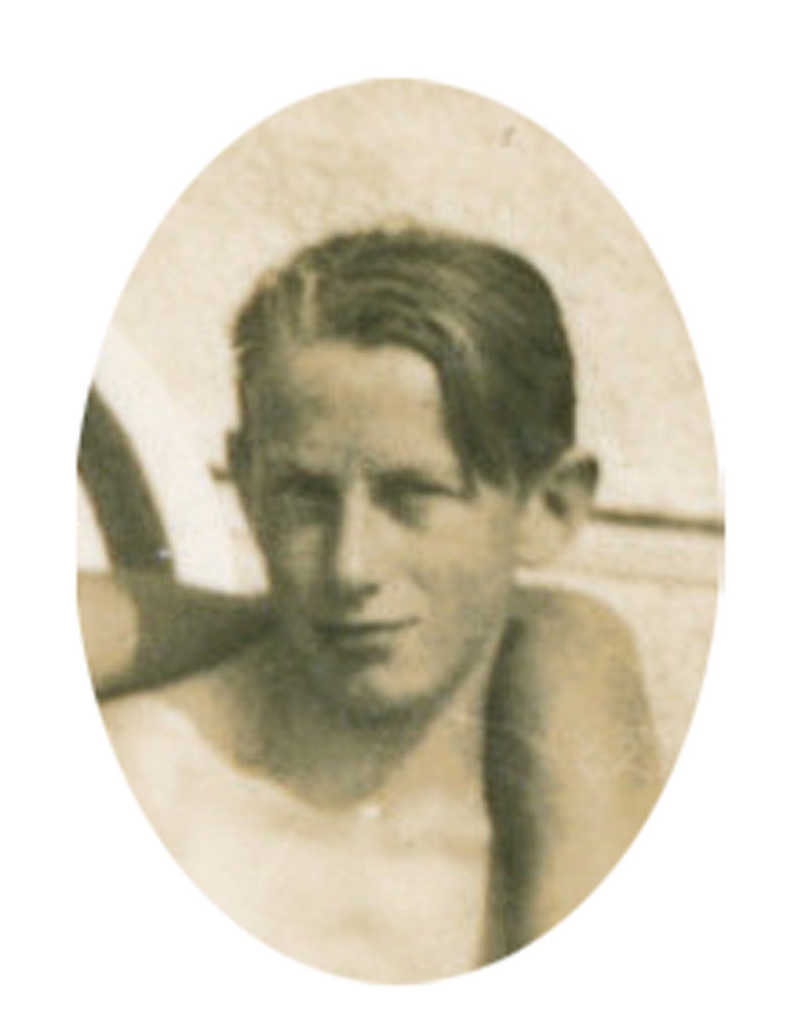 On the morning of June 6, 1944 I was apprentice baker Mr. Abbel in Carentan, Holgate Street. We had heard the night very strong shelling to the railway. We saw civilians “take the direction of the country” because there was already serious injuries and deaths. My boss asked me to leave because we could not make bread and it was becoming dangerous. So I took my bike to return to Méautis my parents who were themselves bakers.

When I passed the station of Carentan I saw of returned wagons, bomb craters, all had been heavily bombed in the night! I continued up the street Holgate then I took toward Auvers. Arriving at the edge of the hamlets of Donville and Corbeauville I immediately following overview parachutes colors that remained were hung in trees. I did not know it was parachutes, war material that had been dumped with US paratroopers. I got to Méautis unhindered in the village where my parents lived opposite the town hall. I spent about 15 days there before going on to the exodus of farm Mare of stones near the hamlet of Donville.

We arrived after the Battle of Donville which was held by the Americans, that is to say, to June 16 They had asked us to leave because they thought the Germans would return to the village of Méautis. We crossed through fields to avoid taking roads deemed very dangerous. We were 30 people on this farm.

I stayed about 15 days but I went to work occasionally in Carentan when there was flour happening. The bakery had not been destroyed except the rear. My boss had fled to Billonerie in Carentan farm in which there was an oven and bakery. It was bread for all refugees …

When I was in the village of Méautis before 15 June 1944, my brother Francis, and Mr. Leon Lehaye Arsene Quinette our teacher we went to see if we could see a parachute in the trees to Chesnee. When we entered a field blocked by a container, US paratroopers went out hedges and we have targeted with machine guns. We raised our hands in the air but they realized that we were civilians and especially kids. One pulled out a map to ask where they were. They wanted to go to St. Come-du-Mont. They wanted to cross the swamp which was impossible because the swamp was white and there were Germans everywhere. We left but we never saw them reviewed. I think some were hiding in the farms around because the Germans were doing patrols to find them. We saw one day Mr. Renault led by two Germans machine guns behind his back in his home to see if they were American paratroopers and equipment. Fortunately for him the house was empty, but he was very afraid! The Germans often set fire to houses to take out the US troops. Thereafter the Americans did the same thing …

During the occupation we had two German occupying rooms at home. They had commandeered the room where we are today and where there were meals with NCOs they ate in that room. They made a fire in the fireplace and they were breaking the wood on the floor …

We reviewed in 1985 a German who had lived in the village of Méautis and knew the bread oven in the house of my parents. He wanted to see the old bread oven he had known. He was very moved to see our home. This German manufactured cakes he asked my brother to cook! My parents accepted the requisition and cohabitation has pretty well passed. The soldiers were ordered to behave properly with women but I know some have been punished for the abuses. These German soldiers left home the day of the landing. 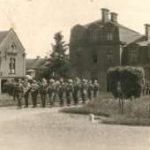 The Germans had commandeered one of the schools of Méautis what made the boys to school in the morning and girls in the afternoon. The other school was used as a canteen for soldiers. During the month of June 1944 I saw the Germans in black uniforms who were men of the panzer grenadier division. I remember a day when an officer came to do a review of troops for mayor of Méautis. They played music that made us funny! We watched the hands in the pockets!

My father had built a shed behind the house because planes or shells often passed over our heads. During an alert we entered the shelter but when we returned home, German soldiers who had less fear we had picked up our meals and our peas that were cooking!

I saw happen during the Battle of Donville to 13 June 1944 many Mongols who had been conscripted into the German army. They left the village of Méautis forehead to Donville. Everyone distrusted because they did not know to which side they belonged. They were often drunk and no one could predict their reactions. I believe that the German officers were drunk to keep them in a state of aggression. There, we were afraid!

I have not heard of resistance in the municipality of Méautis. It is on Carentan that we have heard. There was the black market as everywhere in France. Campaigns feeding cities. The Germans were buying meat and eggs in farms. Some good living with this trade … There were often requisitions made in the common benefit of the Germans. The mayor was responsible for doing this work, which was not always understood by people.

During the war I was not too hungry. We were in the countryside and it was easier. We had ration cards and had to make do.

During the Battle of Méautis I saw many wounded or dead soldiers. The House of Raoul Dujardin served as temporary hospital and the Mongols carried the injured in makeshift carts. I remember seeing a soldier who had cut his foot! Many soldiers from both sides were killed in this war. Méautis of men were requisitioned by the Americans to bury the animals punctured to clear the fields. They often found in hedges body. Years after the war there has been research to try to find soldiers that we knew where they were based. But they have not all been found.

We often found weapons and ammunition after the war. He had to report to the town hall.

There have been accidents with mines: one of my brothers and sisters were gone deliver cows in a nearby field here. The animals were a little frantic to find fresh grass and they started to run. Two of them have hit mines which killed them. Luckily my brother and my two sisters unscathed from the explosion. But parents have told the owner of the field, Mr Delarue, they did not want to rent this minefield. We had to understand!

A cousin of my wife, Mr. Paul Desplanques one day wanted to make hay in a field. He was on his cart when a mine exploded killing the horses and destroying their equipment. He had nothing! What luck ! There was also the story of Mr. clot walking with a bag on his back and has stepped on a mine that has blown. All the blast destroyed her bag but, he was unhurt. Others were not so lucky.

I mostly had contact with Americans Carquebut the temporary cemetery they had achieved. I stayed two weeks but I have not been requisitioned to unload the bodies of the soldiers because I was too young. I had a friend and we often ask the Americans to give us shoes or other necessities, cigarettes, biscuits. They did it willingly because they had so much material. It was amazing for us to see all that! An American had found a French Carquebut abandoned car. He used to go around the field at full speed, about 80 kilometers an hour. We went up with him, it was funny!

I am also remember the airfield Méautis, near here. There were small bombers taking off. This is how we have recovered full American fence that stayed behind.

During a ceremony at Carentan made with the Americans and civilians there were German shelling on the Republic Square. Civilians were killed, including a young girl and others were injured. A real panic. We took refuge in cellars! The Germans were firing from the Arthenay Hommet.

I did one day a terrible discovery in the Battle of Méautis in June 1944 was the time when I was at my parents after my arrival Carentan. I do not know what day. We knew a clerk of the butcher next door named Mr. Léon Gosselin. He had taken some bread and was in the house of the butcher who had fled. His bosses had given him the key to the house and told us that now nobody especially not return the Germans. Fetching milk I found Leon Gosselin squatting on himself against the wall with three holes in the head. I ran back to my parents to warn them of my discovery. I had seen half an hour before a group of German soldiers who were talking near the junction of the house where he was killed Leon Gosselin. I never knew what had happened. Did he refused to open the door of the house? My father with a mason friend was removed and placed on a bed where he was staying in the house. They warned the abbot Lecointe but they could not make burial in the circumstances. He was buried like other civilians in the cemetery of Donville. There are not so long we could see three bullet holes that remained in the garage wall …

Yet we failed to stay when a US tank happened in the village of Méautis came pointing his gun in our window. My father came running and shouting not to shoot. The soldiers saw my father who made signs and they understood, thankfully!

We lost a cousin, Marie Noémie who was killed in the village of Bas-Bosq to Méautis with her two children. She came out during a lull and a shell burst is coming to kill everyone on the road. Her husband was still a prisoner in Germany when this tragedy happened!