Remains of the battle

After the fighting, the memories and the remains

The lands of Donville still keep in its heart the scars of the terrible Battle of Bloody Gulch to Méautis. These deadly clashes opposed US paratroopers of the 101st Airborne (Easy Company, Fox Company) to the 17th SS Panzer Division Grenader and German paratroopers of the 6th Regiment. They left on up dozens and dozens of bodies of soldiers and civilians, but also weapons and everyday objects. 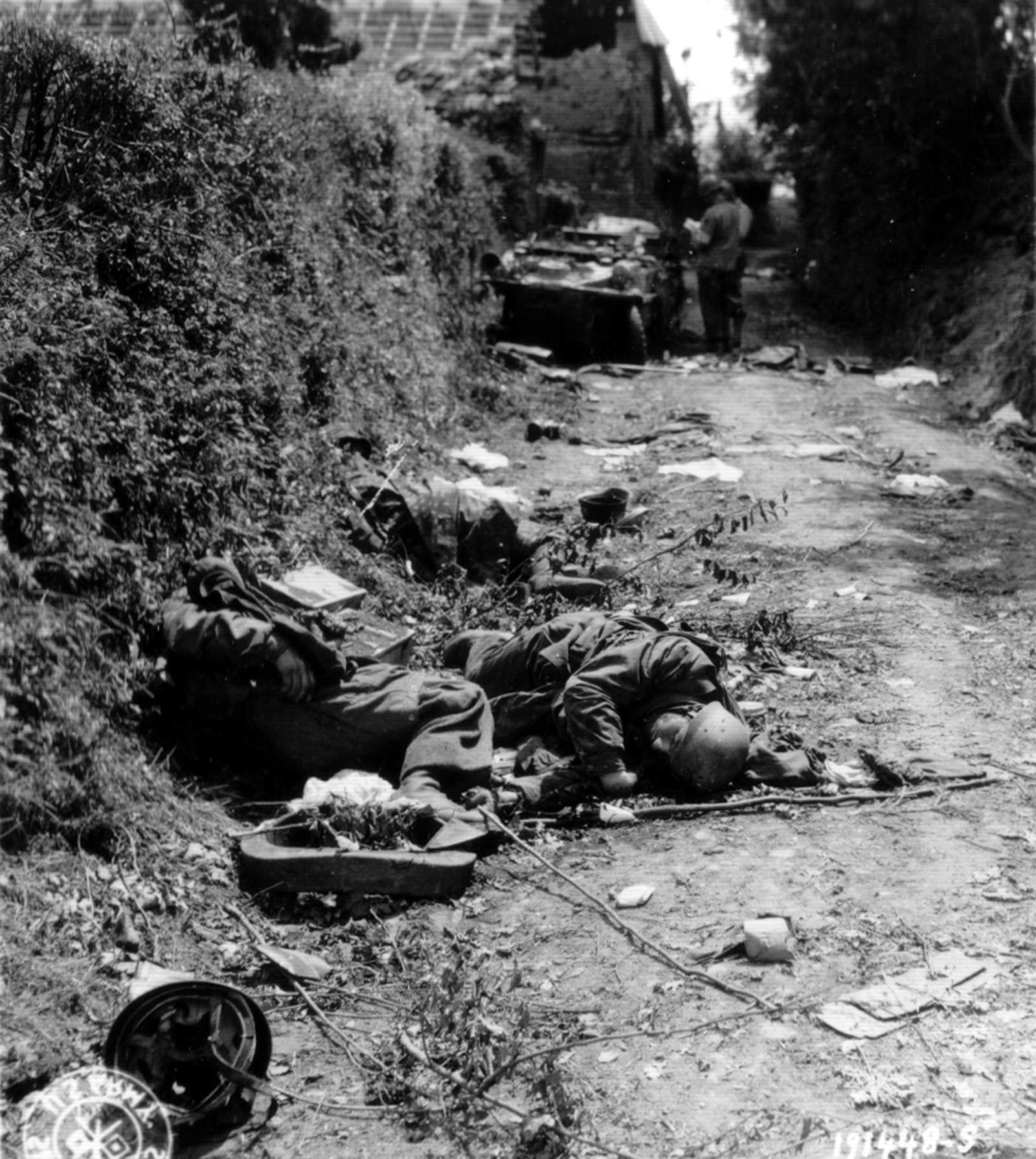 Several tons of ammunition were removed by demining services but many items were left behind such as helmets, guns, boxes of ammunition … remained in position since June 1944.

An overview of the remnants of the battle: oil lamp, radio, American and German quarters, helmet, grenade, cross, bullet impact

Many other remains are still visible on the site of the Manor of Donville and Memorial. Some are set in position inside the Memorial Museum of Bloody Gulch. For discover subscribe to one of our guided tours.