Manor Donville is located about 2.5 km from the Church of Méautis. The land was Donville a rear fief dependent Méautis main stronghold of which were due manorial rights. On this stronghold was a stronghold behind that of Coupeville which included an enclosed chapel Donville. It was enlarged by the family Osber by union of commoners land 19 November 1607 to address the main stronghold of nobly Méautis.

The oldest traces of Donville found in the archives on the site date back to the Gallo-Roman period: the place names of some field names or translation of Donville, Dominus Lord and Villa, rural area show the presence of Roman occupation in this Méautis sector. Let us not forget also that the Donville mansion is less than a kilometer from the Roman road linking Carentan to Périers. Roman bronze coins found in 1842 in Donville and the remains of Gallo-Roman fortifications come to consolidate this very ancient origin. 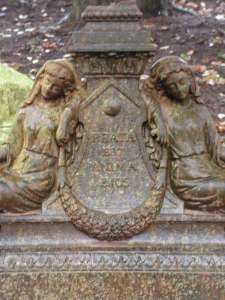 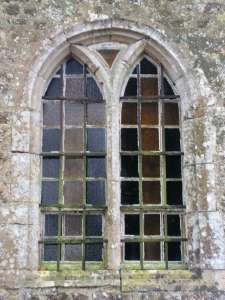 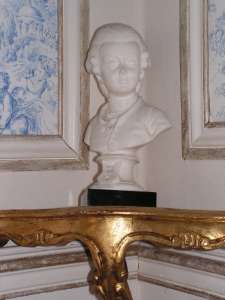 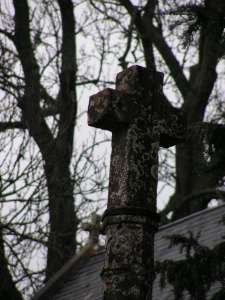 The paper writes the oldest found to date on Donville is a copy of a charter written in Latin to 1079 in which we learn that Robert Méautis, lord of the place and the parish, gives the right of patronage and presentation chaplains of Donville in the Saint-Etienne Caen. The original charter was gone, but a faithful copy of the document was made in the 19th century and still exists. The donation, which was actually a disguised sale was confirmed in 1088 by Richard, King of England and Duke of Normandy. This donation underscores the importance of the family Méautis close of ducal power and has a land area therefore

The Méautis were implanted in Cotentin since at least the 10th century. The first name was Enjuger Méautis, third son of Richard I of Mary and therefore first lord of Méautis living in the early 11th century. An ancient castle, it was possible to still see some stones in the 19th century, was close to the farm yard. But nothing remains today of this history from the Middle Ages to share the church of Saint Hilaire Méautis

The Méautis who carried weapons for “mouth of three gold twins, placed 2 and 1 ‘, experienced a glorious past and actively participated in the Crusades in 1096 Guillaume Méautis was among the lords of the Cotentin who accompanied Robert, son William the conqueror, in the crusade to liberate Jerusalem from Muslim Turks. Traces of their presence were also found in England

The chapel of Donville, dedicated to St Clement, is quite well endowed with archives. We know that the look she had 11èmre century if it were built en masse or stone. Besides the donation of Robert Méautis in 1079, you know that in 1243 Sylveste of the Brain, Bishop of Coutances authorized burials, weddings and baptisms in the chapel. Indeed, the inhabitants of the fief of Donville were forced to go to church Méautis to perform their religious duties. totally isolated by marshes during the long winters, the inhabitants of Donville reluctant to cross impassable roads filled with water and holes to get to church Méautis. An investigation ordered in 1389 by Robert IX, abbot of Saint-Etienne Caen, shows that the stronghold of Donville was with a leper, a tithe barn and a rectory. Only the mansion and the tithe barn, partly destroyed, are still visible today

The Black Book and the White Paper of the diocesan archives confirm that the pastor of Méautis perceived revenue Chapel Donville “capelle of Donvilla is in parochia, deceased dictus abbas is Patronus Rectorpercipit omnes fructus capellae ejusdem.”

This chapel, there is still a wall of the 11th century was the subject of numerous lawsuits between lords and those of Donville Méautis. She had to endure a constant lack of maintenance over the centuries or looting-related wars that ravaged the Cotentin from the Middle Ages

This typical Norman family has undergone many hazards and tried repeatedly to break free of the parish of Méautis and found a Donville an independent parish in which they would have reigned lords … Sometimes nobles, commoners and sometimes they ruined in multiple endless trial. In 1389, during one of the trial, Robert IX (Abbot of St. Etienne de Caen) ordered an investigation on the religious practices of Donville. It would be tedious to enumerate all these trials with Osbert family! One of the most famous hold our attention: during the 1584 years, John Smith, Esquire and lord of Méautis, instituted proceedings against John Osbert, Esq. The latter was sentenced, in addition to pay a substantial sum to the victim to withdraw her arms, placing his bench in the chapel behind that of Mr. Simon because of its superiority and its social rank. A humiliation that John Osbert had to undergo before all parishioners of Donville and Méautis

They continued the trial and finally in 1727 the last of Osbert, Jean François, Lord of Coupeville, ruined and died without issue. The inventory of his home confirms that he lived in poverty and without valuable assets. Utter humiliation, he was not buried in Donville which rested most of his ancestors, but in the cemetery of Méautis! Again creditors and opponents of Osbert family had decided to go through and do away with these characters never Donville stronghold.

As for the mansion Donville, he was seized its property and awarded to a lady of the Morandière because Osbert had large debts. It was dismantled and reduced to the mid 18th century single farm. One of the buildings near the main building and leased to the farmer who exploited the land the property was located on the stronghold of Coupeville. This name would replace that of Donville as if the lords of Meautis definitely wanted to forget Osbert and their mansion.

By inheritance, fell to Donville noblewoman Cecilia Alexander the Bazonnière, wife of Lord Louis Bernardin Jacques Gigault Bellefonds, knight of St. Louis, Lord of Hainneville and Montaigu, residing in his mansion in Valognes. Very surprisingly, the current owner, whose family is from the north Cotentin had one of his ancestors married a lady Gigault Bellefonds and did not know Donville property had been in possession of his family … This powerful family including among others a marshal in its ranks, residing in Valognes in winter fashion the necessary from the 18th century to the nobility of the Cotentin. Louis Bernardin Gigault de Bellefonds had a number of important lands in the Carentan area. These lands brought them considerable revenue.

The Gigault Bellefonds were the last titrated to possess Donville. They decided to sell Donville-Coupeville in 1770 to Louis GISLOT farmer originally from Sainteny.

Louis GISLOT who had married a young woman Méautis had significant fortune and decided to modernize the old manor of Donville-Coupeville to 1778. For this he decided to take on lease the land Auxais near Donville. (Now closed Antilly), which allowed him to realize the modernization works of the old manor without suffering the consequences. He did remove the tower of the south facade and enlarge the body do main building. It was he who ordered the exceptional framework of the new mansion Donville-Coupeville. Unfortunately, he died in 1779 and his wife two years later. An estate inventory was made because the GISLOT couple had minor children. With this interesting inventory, we know that the stones of Caen, Valognes and Picauville were transported by land or by barges through the marsh. These premature deaths of GISLOT family delayed the work of the mansion which ended in 1788.

The GISLOT became important notables: doctor, tax collector, justice of the peace. During the French Revolution, the mansion was the subject of numerous searches of the National Guard to stop refractory priests who were hiding in the mansion. They never found them through a concealed hiding place under the stairs that still exists.

The chapel of Donville was separated from the mansion and sold as national property during the terror. It is the family that bought the GISLOT into a private chapel on 25 Fructidor Year IV of the Republic. We find their old graves in the cemetery chapel. They returned them to the town in the mid 19th century 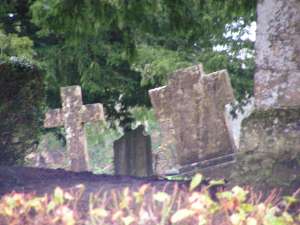 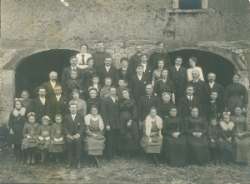 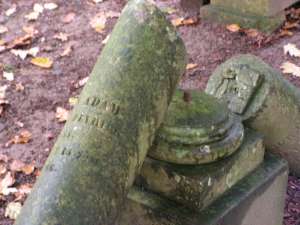 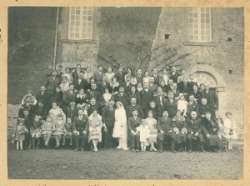 Donville was sold several times to families of notables who placed their money in the ground: we also find the châtillon families Lemallier, Courtel … The farm was leased to farmers who had to do- argue Donville.

It’s a little before 1850 that was rebuilt a new, modern building and operating suitable for new agricultural techniques. It is this building that hides Donville and pretty facades.

During the 19th and 20th century, Donville going to live to the rhythm of harvests and rural life: the farm was centered on cattle and selling milk. The horses also figured prominently because their sales were a significant source of income.

The staff of Donville-Coupeville was considerable and fifteen people were living on the year: large jacks, small valets, maids, peasant hierarchy was represented in Donville with its good and bad sides. Tenants places or the time of the owners organized the weddings of family members in the mansion that was transformed into party place for the occasion

Manor Donville almost disappeared in 1944 during the terrible Battle of Carentan. The Germans, as of 12 June 1944, withdrew to Donville and transformed the house into provisional Staff. Heavy fighting, some with knives, took place in the mansion that still bears the scars today.

Donville, which is still under restoration, has become a place of peace and culture ready to be discovered by visitors: theater, fashion shows, etc.

You want to visit the Manor of Donville and learn more about the history of these families? All information on our “visits” tab