At 57, in poor health, he asks his incorporation in the troops of Operation Overlord 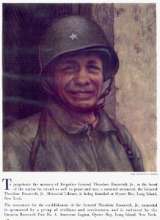 General Theodore Roosevelt Jr., Brigadier General of the Fourth Infantry Division who died in Méautis July 13, 1944 was the eldest son of Theodore Roosevelt, former President of the United States. Born September 13, 1887, he made the African campaign which enjoyed made him of his men whom he shared the daily that his superiors thought it dangerous for the army. He was sent to England to prepare for Operation Overlord with General Barton of the Fourth US Infantry Division. However he could not bear life without this long adventure and decided to ask its incorporation with the men who were to land on the Normandy beaches on June 6, 1944. He petitioned the General Barton who would not leave the land with his men because health problems he had, his age and above his rank. Thus he wrote:

“Men who have got used to seeing me in them throughout their training side are entitled to expect that the same is true when doing this … I think I can contribute to these objectives by supporting the first assault wave. Furthermore I personally know both officers and men of these units and I think it’s good they feel with them “ 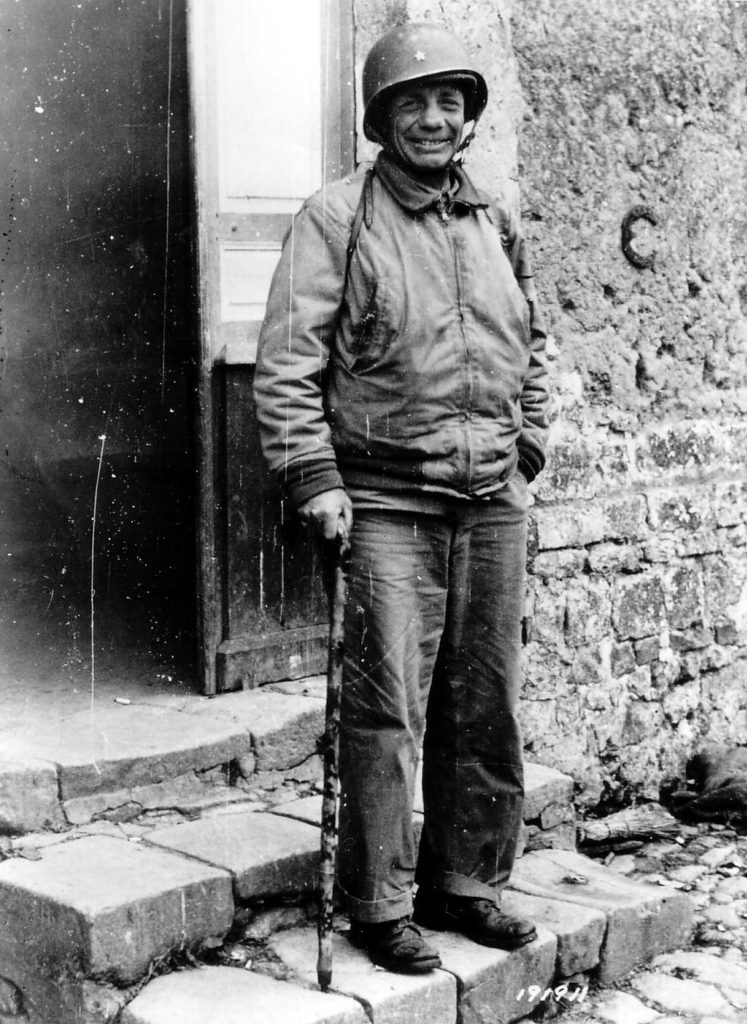 Theodore Roosevelt in 1944 at Méautis France

General Barton approved his request but reluctantly. With arthritis and helped a cane to walk Theodore Roosevelt landed on the morning of June 6, 1944 on page Uta Beach at Sainte-Marie-du-Mont. His barge and that of his comrades strongly drifted to their goal but keeping his cool and calm sans he decided to land where they arrived saying his men.

“We start the war here!“

He managed to link up with the paratroopers of the 101st Airborne who jumped on the night of June 5 to 6, 1944. 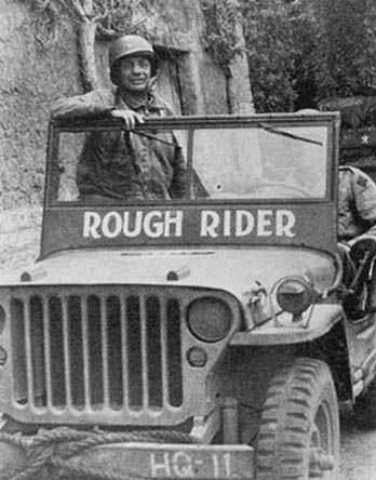 Victim of a heart attack after returning from an assault

Theodore Roosevelt came to Méautis after 15 June 1944 and was seen in Donville at the end of the battle. July 13, 1944, when the Germans were trying a new offensive to retake Méautis he suffered a heart attack while returning from an attack with his men. He fell to the bottom left of a small apple orchard adjoining the rectory. He was transported to school Méautis but his men were unable to save him. Temporarily buried with all American soldiers in Sainte-Mère-Eglise, his body was then moved to the cemetery at Colleville-sur-Mer in Normandy. There rests with his younger brother Quentin Roosevelt, shot by two German fighters July 14, 1918 and was buried initially in Chamery.

Theodore Roosevelt Junior was honored posthumously with the Medal of Honor, the highest US military award. A monument to his memory and his courage was erected in the cemetery of the Church of Méautis. 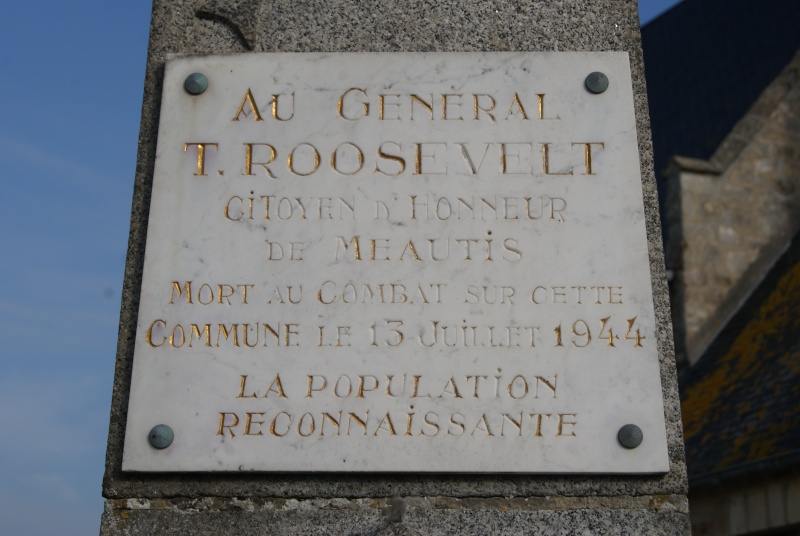 In General T. Roosevelt honorary citizen of Méautis. Killed in action on this commune on July 13, 1944. The grateful population

December 02, 1948 General Theodore Roosevelt came to the widow Méautis meet the abbot Lecointe. She was accompanied by an American general and driving in a luxury car. She asked to be conducted in the field where her husband died in 1944. Precise information was provided by General Barton he who himself stayed at Méautis and who met the abbot Lecointe.