Restoring the Manor of Donville

The restoration of the built heritage is an extremely long, difficult, expensive handsets which comes under three parameters: the passion, expertise and courage! Except for the ones who have considerable financial resources, the old buildings restoration takes years of hard before seeing a successful outcome.

One of the only “bauge” mansions still standing in the Cotentin region, protected by the historical monuments

Manor Donville converted farm since 19 century was in a near state of ruin when its new owners decided to buy it and restore it in 1999. The lack of maintenance was nearly overcome one of only mass mansions still standing in the park of the Cotentin and Bessin. 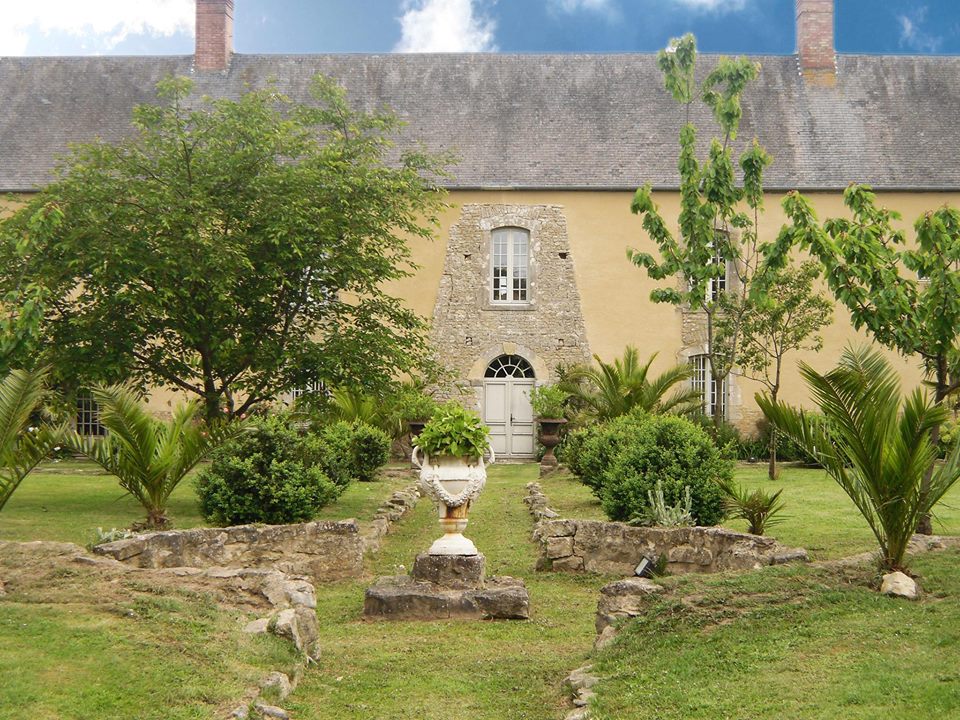 The unique advantage of this situation was probably to find in the state of original features that had survived the centuries: fireplaces, paneling, floors, decorative elements all dating from the 17th and 18th centuries.

The approach of the new owners was unique even if it has nothing extraordinary to the architects of historical monuments which proceed in the same way: at first were harvested the smallest samples of paint, old wallpaper, woodwork could be saved or used as models for the restoration of the building. Secondly historical research was undertaken to understand the evolution of the interior and exterior architecture of Donville mansion. As luck would have that many probate inventories were updated between 1660 and 1850. One of them was even drafted early in the reign of Louis XVI in the countryside works and modernization of the manor. It only remained to compare the results of this research with what was found on the spot! An easier choice took place in the domestic style to restore ie the 18th century.

The work and the worries that accompany this type of business would begin immediately … because it was decided to tackle pair of inside and outside the mansion Donville!

Although the work is not completed but Donville found an acceptable face that can discover the passionate old buildings today, through our guided tours. 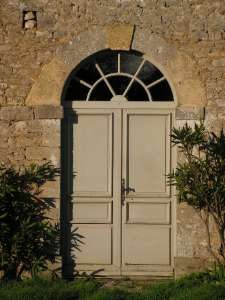 The body of main building, built in ground (earth, stones and binder) has been heavily redesigned 1778 which gives it an appearance of Louis XV style. The northern facade, very rustic atmosphere gives an imposing farmhouse with a whole U. We find traces today filled openings dating from the 16th and 17 centuries. The south of a very fine façade has nothing to do with the atmosphere of the northern courtyard. The beautiful is here hidden from view

prying with an impressive garden that was once terraces on three levels: an exotic garden, a French garden with boxwood and finally a garden with pools of water that disappeared on a date prior to 1914. Note that inventories 19èm century regularly mention the presence of a greenhouse that was destroyed by a date that we do not know. The ambiance of the south garden is that of a small cloister. The mansion hosted Donville always chaplains and priests of the chapel that was staying in a ground floor room.

The internal distribution of the main building is the classic buildings of the 18th century: a vestibule with central staircase helps navigate the side pieces. Ground floor: large room with fireplace, kitchen, lounge etc ..

Upstairs a corridor distributes rooms with fireplaces in marble or stone Valognes. Small boudoirs equipped with wood paneling just remember the discovery of intimacy in the 18th

century. Only domestic rooms are not furnished with fireplaces. The atmosphere of this small rural property is reminiscent of the Gustavian style, in vogue today: pure woodwork, fine fireplaces, refined floors. In short the GISLOT wanted to show their rank in agriculture they would soon leave and affluence without equal chateaux owners or mansions that so many of the Enlightenment.

The home’s windows redesigned 1778 come to a pleasant light in the building.

The mansion also boasts an indoor chapel and a small confessional that still exist in today’s kitchen. The priest’s room or the chaplain was next and therefore allowed to confess drilled through the wall for this purpose. 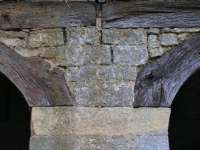 Built in mass it is mentioned since the 17th century and was rebuilt along the frame, presumably by Mr. Lafontaine from 1778. It has two wooden arches, very rare thing in the Parc des Marais du Cotentin . A room, which served may be to press, is in its extension. It was partially destroyed in 1944, except the two arches and the room described at the moment. As against the fallen part was not rising and a modern dairy sat. 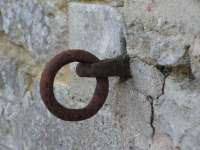 His story is singular. Indeed the cadastre of Napoleon first, dated 1813 longhouse does not appear unless a building further north which closed access to the house with a porch abutting against the tithe barn. Excluding this building bears traces of the 17 century and was the home of the farmer’s field. It was rebuilt in 1820 and extended. Was he under reconstruction at the time of preparation of cadastre? The collector function direct contributions from any member of the family GISLOT is she behind this oversight? We do not know because the materials are not recycled materials! A former 17th century pavement was updated a few years ago and a fireplace in the late 18th century still exists.

The bakery, located in the extension of the charreterie, was destroyed in 1944 by acts of war.

The tithe barn, of which only a piece of wall was destroyed in 1987 to pass a tractor … A photograph of the 1960s we discovered that it was partially built in mass with openings 14 century! Its central opening facing the chapel.

The buildings that were in the bottom of the property over to the East fell into disrepair before the Second World War.

A small farm was also in the northeast of the property on the piece of land called Donville in 1770. It was heavily damaged in 1944 and then destroyed by the owner of the field to grow crops.

The dovecote was already removed in 1813. We could not locate it in space.

A leper existed in the 13th century. The latter is mentioned in the survey conducted by Robert IV, abbot of Saint-Etienne Caen. Again no trace of this building including the names. To observe in detail all the historical and architectural elements of the Manoir de Donville,

→ Next: The gardens of the Manor of Donville