The gardens of Donville’s Manor

The gardens have always occupied an important place in the manor of Donville. The constant references found in the archives since the 18th century are significant. Donville was with a large greenhouse in which were grown exotic plants, a large ornamental garden theme available in three terraces, a vegetable garden needed for food crops and later in the 19th century a English park with pond. 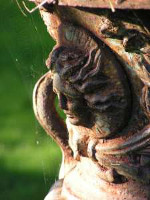 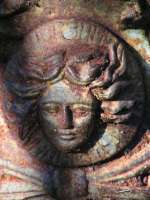 … To the immense work of redevelopment landscaped areas

Upon acquisition of Donville in 1999 there was nothing left of these gardens had to be refined in the 18th century.

Research in the departmental archives of the Channel allowed homeowners a reconstruction attempt.

The first trees were planted in November 1999 to restore missing fences. In 2003 the walls of the three terraces were reassembled on the foundations of what was left. So would start a business lengthy and infinite patience composed of failures and successes. In total several hundred trees, plants, exotic species, were relocated to Donville.

The three terraces of the large garden is divided into three themes:

The gardens serve as a place of culture with live theater, parades of wedding dresses, exhibitions of artists (painters, sculptors …). If you want to organize an event in the gardens of Donville, please contact the owner

One life is not enough to give the gardens Donville what they were there for over 250 years. But the foundations of this work have been thrown!