The landing and battle of Méautis

Lightning in the night …

On the night of June 5 to 6, 1944 all witnesses, they were civilians or heard strong German bombing toward Carentan and Sainte-Mère-Église. The sky was aflame with the fire of the German anti-aircraft defense and the Allied air bombings on railway stations, major arteries and beaches. Despite this warning civilians or even the Germans did not know it was landing. Who could have predicted what was going to happen really? 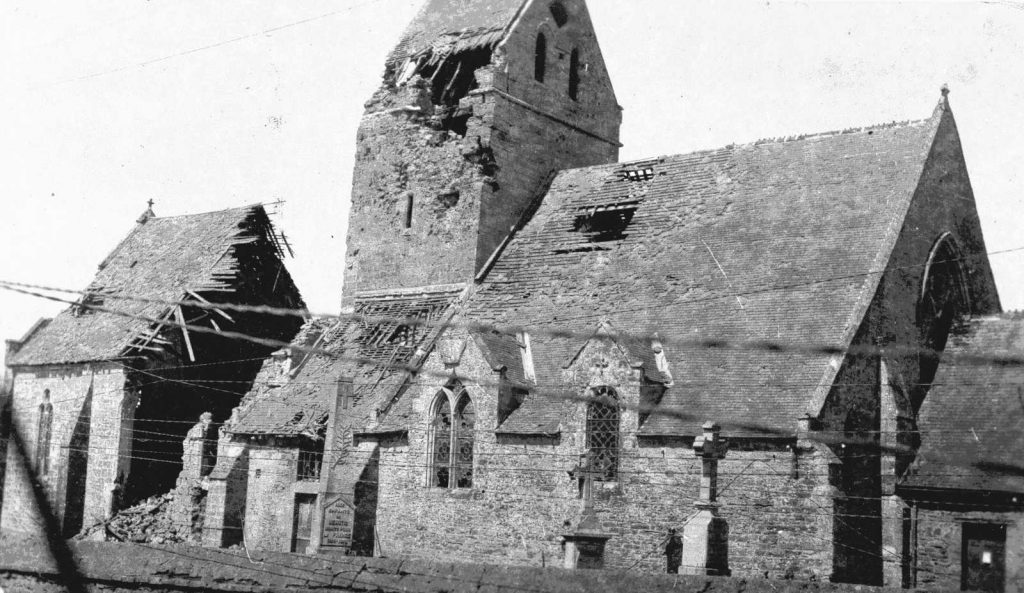 Soon the Germans spotted paratroopers groups of the 101st Airborne that had gone astray, because most do not landed where they should have set foot. Some were made foolishly prisoner by German soldiers far more experienced and who were familiar with the terrain: the famous metal locusts that had been given to US paratroopers to join them at night, allowed German soldiers to better identify because locusts did not exist in the marshes in 1944 … others lit their torches at night without taking care to look at the cards … Many paratroopers drowned in the flooded marshes such as the marsh Donville or wounded arriving in trees or on the houses roofs. It would be tedious to give all the details of these personal stories because everyone lived in his way landing.

Paratroopers in the trees

In Donville, as everywhere in the town, US paratroopers were spotted very quickly by locals and German soldiers on the morning of June 6, 1944. Indeed parachutes of different colors hanging in the trees and equipment that the Americans had not unable to retrieve carpeted the ground. Some paratroopers had dug holes to bury their landing equipment or had hidden them in the barns of the closest firm, which was run to the population at great risk. 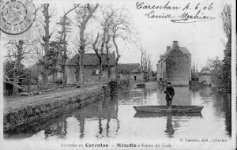 At Donville mansion of the time farmers were Mr. and Mrs. Auguste Bucaille. They found the first American paratroopers quickly enough going care for their animals in the fields goshawks. Some had even set foot on a farm building of the manor. Le Lude, at the farm of large Barhais and elsewhere in Donville, same scenario: the paratroopers were hidden in the extremely dense hedges at the time or sneaked in farm buildings. Soon the first contacts were established with the civilians to ask them three things: where they were, where German soldiers were, how to find supplies because their reserves are quickly exhausted despite the dozens of kilos of food and ammunition that they had brought with them. A handful of brave civilians risked their lives to go and give them water, milk, bread. You should know that the Germans had threatened the death penalty for anyone hiding paratroopers. Unfortunately they began running this threat since 10 civilians were executed by firing squad in Méautis.

The Germans attack and destroy …

US paratroopers of the 101st Airborne in Donville organized guerrilla warfare against the Germans who went mad! These organized home visits to civilians to search houses often taking hostage a person or two: beware of those in whom traces of US munitions or objects were found! Rage it happened that the German soldiers set fire to houses to bring out the hidden American paratroopers. The people of Donville saw this tactic be repeated several times. US troops proceeded in the same way after the Battle of Donville but this time helped their tanks. They refused indeed fight melee was sometimes necessary to destroy the German soldiers who refused to surrender. Manor Donville knew these dramatic battles between soldiers.

They had never known the fighting

German paratroopers Major Von der Heydte were sent on reconnaissance in the direction of Sainte Marie Du-Mont to understand what was happening. Major found himself the armada of US Navy ships approaching the Normandy coast in amount in the steeple of the church of Sainte-Marie-Du-Mont! Soon they organized a defense tactic which cost the lives of many American soldiers who had most of them never experienced combat … 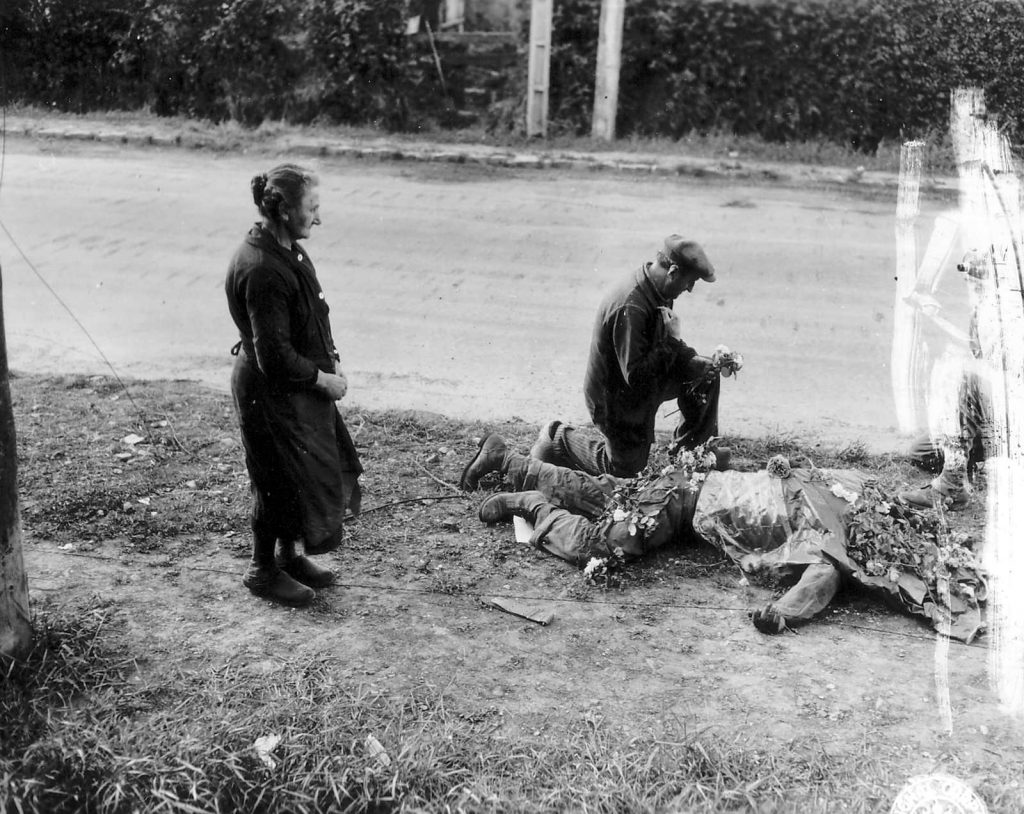 The people pay tribute to an American soldier

Their mission: to defend a primary axis

US paratroopers mission was to harass the Germans and take possession of strategic locations for cutting the reinforcements of the German army and to link up with the troops landed on the beaches. If a large number of Americans were killed or captured by the Germans until reinforcements arrived, the survivors fought with exemplary courage to fulfill their mission. The town of Carentan was a vital axis for the Allies and the fighting was extremely violent for both sides. The Americans circled Carentan from 10 June 1944 and finally launch the final assault on June 12 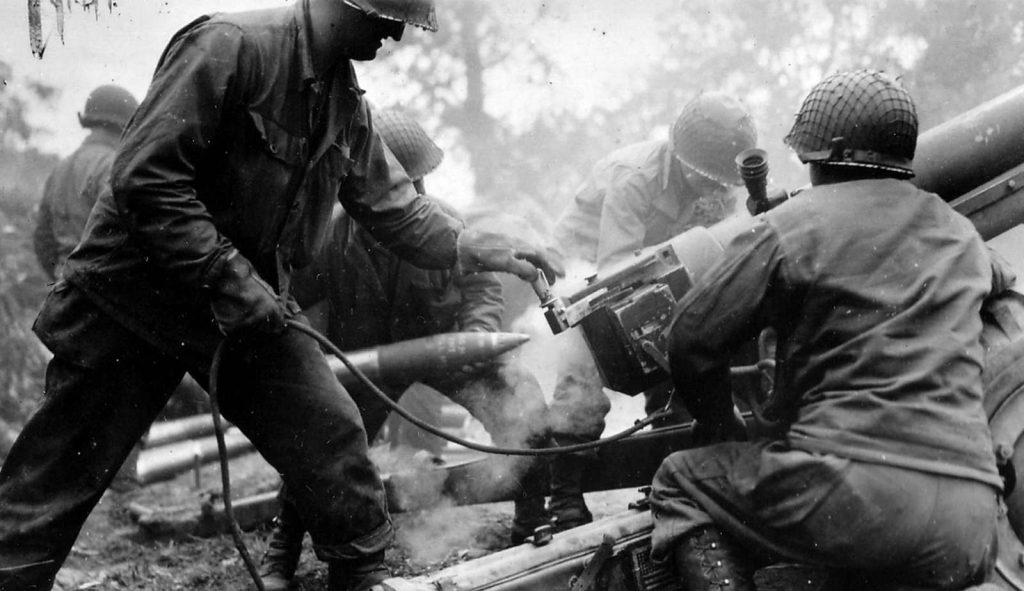 Fighting rages in the municipality of Méautis

The Germans first withdrew to the village of Carentan Pommenauque then moved to the village of Donville to organize their defense. The battle began on the evening of June 12, 1944 and peaked at the height June 13 The soldiers of the Fourth US division and the 502nd Infantry Regiment were indeed blocked by the German resistance Donville composed of German paratroopers, soldiers of the Wehrmacht and elements of the 17th SS Grenadier Division Healing. The fighting was extremely violent and severe losses to both armies. The Americans were forced to fight house by house, which were repeated several times. Civilians lost their lives in the thick of the action or were simply executed by firing squad by the Germans. Donville was not pacified definitively that June 16 Cemetery chapel whose steeple was blown by the shells would serve as a place of temporary burial of civilian victims of the battle. A Mass was celebrated by Father Donville Lecointe 18 June 1944. 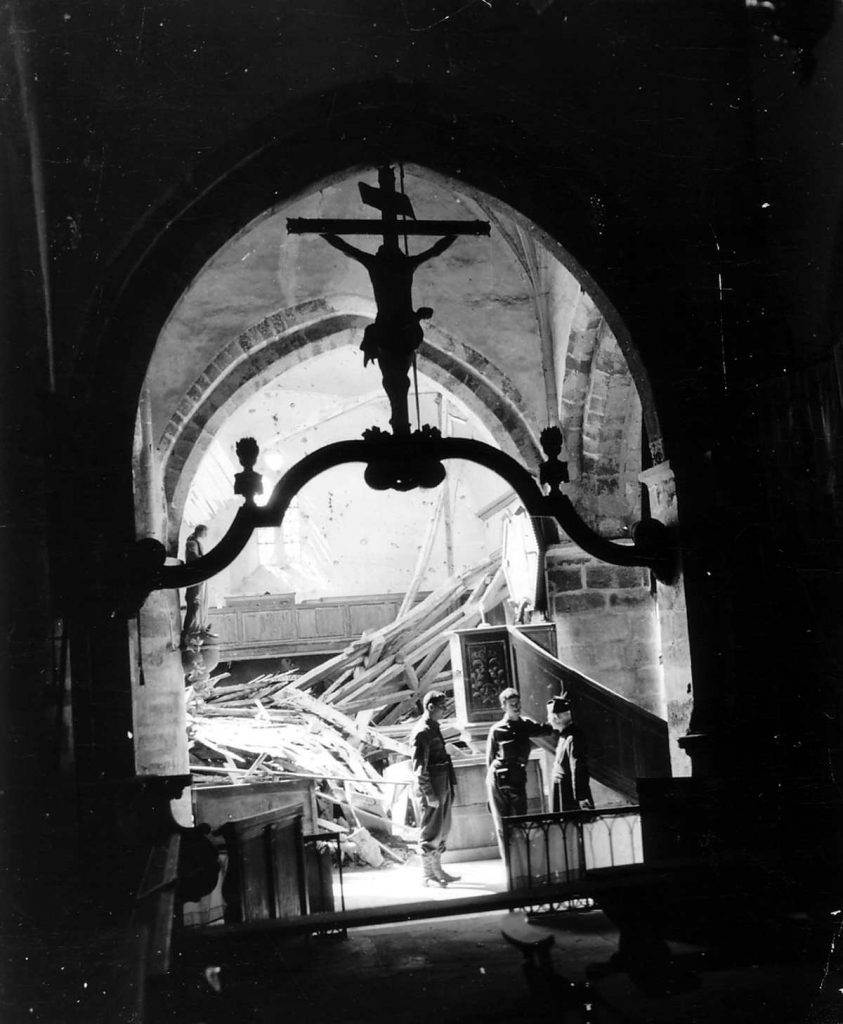 Méautis inside the church destroyed in the presence of Father Lecointe – June 27, 1944

* Father Lecointe, Méautis priest since 1931, who stayed in England for many years, served as translator for the US military. He met in person General Barton had come to live the rectory in Méautis.

Manor Donville becomes the General Staff of the Germans

Manor Donville transformed into provisional Staff by the Germans, was taken over again by the Americans who left many soldiers. All the roofs of residential and buildings were riddled with shrapnel, buildings were reduced to dust by tanks, others were burned. The farmers of the time, Real Bucaille discovered the bodies of many German soldiers who were lying in the mansion, with two floors or destroyed buildings and in the avenue leading into the courtyard of the property. The mansion still retains traces of this terrible battle today …

A battle that will last more than a month

The village of Méautis was released provisionally Donville before 15 June but the battle would continue in the village for over a month, the Germans attempting against-attack constantly. And June 26, 1944, German soldiers launched a deadly offensive on Méautis, forcing survivors from civilians into exile!

The shells rained down on the town until July 44

June 27, 1944 in the morning church Méautis was struck by several shells which destroyed part of its bell tower, nave and roof.

On 4 July 1944 the Americans launched a new offensive on the front Méautis towards Sainteny, although these are in progress on La-Haye-du-Puit. Shells fell on the town of Carentan and Méautis until July 18, 1944. 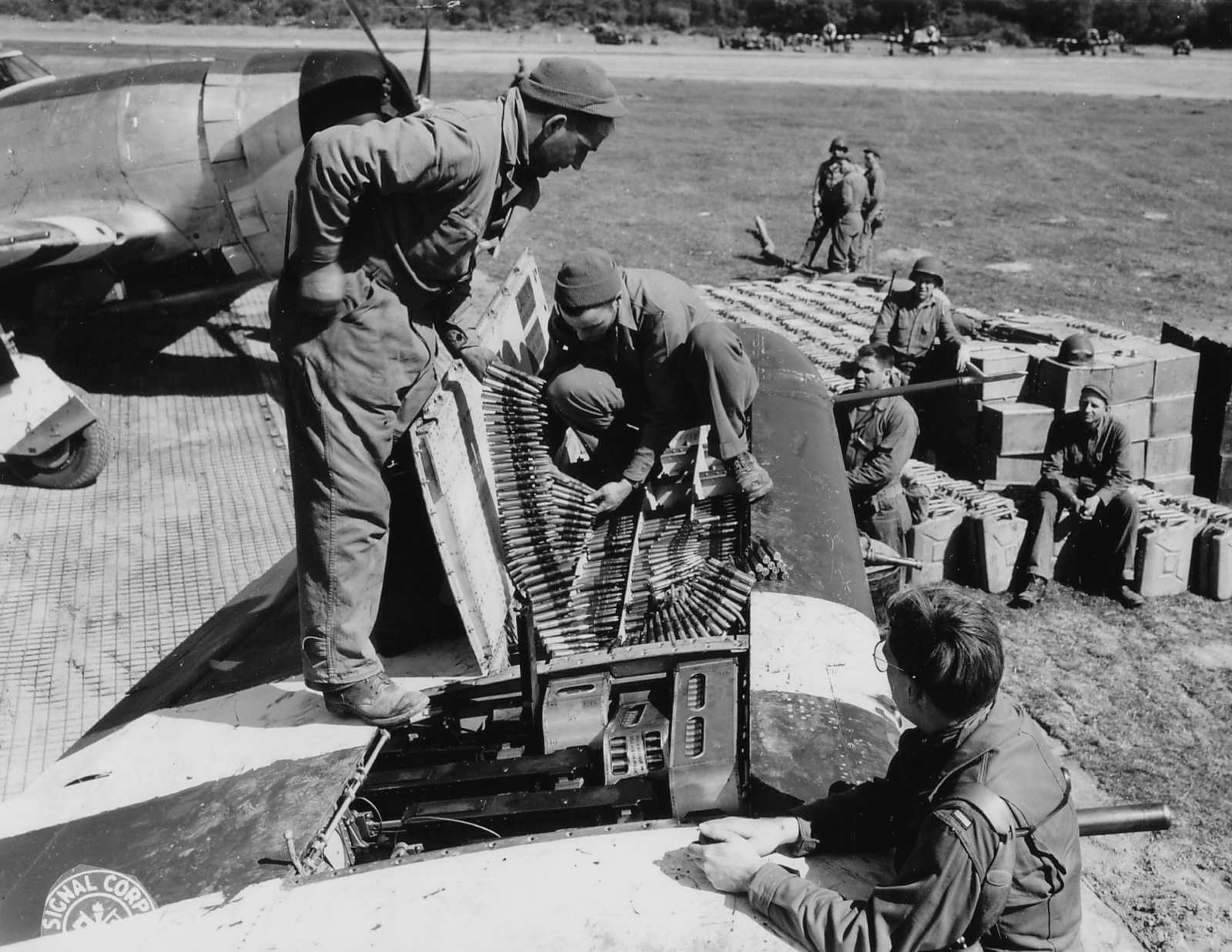 When Méautis was out of danger, the Americans installed from August 16 to September 15, 1944, near the village, an airfield for light bombers.

The bulk of American infantry troops left the village Méautis July 29, 1944 after a half months of combat!

→ Next page: The remains of the Battle of Méautis