Resident of Corbeauville Méautis, 13 years old in 1944 and accidentally injured

I did not keep special memories of the Germans arrived at Méautis only because I was 9 years old in 1940! They did not occupy our house near the route of Auvers. I do not keep bad memories before 1944. It was after that worsened during the landing. 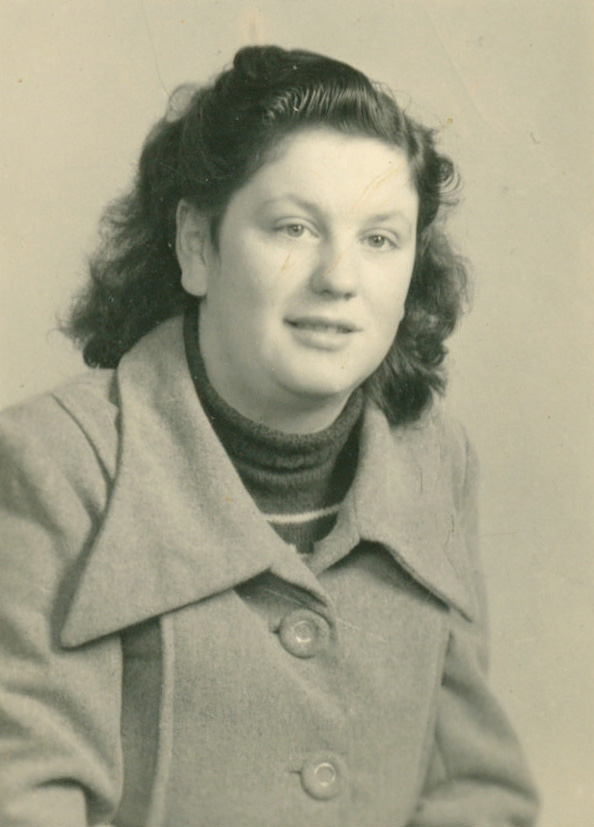 I do not remember the night of 5 to 6 June 1944 because I slept very well and we were not with us as we slept at Madame Lemoigne. It’s not me who saw the first American paratroopers but my mother was milking cows. We quickly learned that they were hiding in the hedges and hunting nearby. My mother was refueling with a neighbor by providing milk, butter. To make the Germans think they would give drink to the cows they were carrying buckets filled with water. They hid food on small carts which they used to transport everything. The Germans yet passed near the house on the road but they did not see anything! I have some memories of the Battle of Carentan we saw happen two young boys at home who did not know where to go. Their parents had been killed and it was my mother who has hosted hanging a few days.

About June 13 as there was the Battle of Donville my parents, like many others had dug a shelter in the field in front of the house in a former dry pond. We were refugees in the shelter and the shells were falling from all sides when a shell fell on our house without destroying it. We could see the sky through the hole made by the shell. We were still in the house and we lived next door as possible. My parents then went to Auvers. I still have the memory of having seen trucks full of dead German soldiers with their feet sticking out of trailers. It was the Germans who were collecting theirs .They had those there still time to do so because most remained there long. Some Germans gave us candy a few times, probably we think they were doing to their children. The Germans often requisitioned horses and carts to their military occupation or other. This was sometimes friction with civilians who do not like but it was war and nobody had any choice.

This is when children who were refugees left home that I was hurt by going to the next and I lost a finger. I think it was June 20, 1944: I saw an American who was sitting outside the house of the neighbor and had his left hand on the wall. There was little neighbor who was with me.

When the American soldier wanted to give me sweets he put his hand in his pocket and it is at that time that the grenade that was on him has exploded … I did not lose consciousness at the moment and I managed to come back home supported by one person. I was wounded in the hand and on the left side because I had shrapnel. I was then led by the Americans in their field hospital in Bouteville.

An amazing thing happened when I was lying on a bed: a German plane bombed and fired at the hospital while the Red Cross was deployed. I was semi-conscious and a nurse approached me to discuss my head. I had nothing but they found a splinter in my pillow! Luck was with me that day! I stayed a while in the American field hospital. I could not be transported because I was stitched up and I was bleeding easily. Also I had no clothes to dress. I was transported into what remained in Carentan hospital that had been partly bombed. It was the sisters who cared for the wounded. The women were separated from men.

After the liberation of Méautis fields, ditches were filled with gas cans, boxes, ammunition etc. There were around but I do not go out much because I was a kid and I was injured. There were accidents after the war with ammunition left behind. I have often heard people who were shot to Méautis or killed in battle. I live today the location of the house of Mary Hardy who was killed in 1944. His Méautis to home was destroyed during the fighting and was rebuilt after.

I keep this period contrasting memories. I was a kid and I used to go not realize the danger of this whole tragedy. If this happened at my age I would be terrified as I think my parents were. A child does not see war in the same way as adults. I do not want anyone to experience a period like this.