Excerpts from the abbot newspaper Ernest Lecointe, Méautis priest in 1944

Father Ernest Lecointe (1888-1963) was a respected personality in all Méautis when war broke out in 1939. Passionate about culture, inventions and devoted to his worship he kept a daily journal he stopped to fill up ‘when he died. He never spared his efforts to help those in need up to risk his life. Following are excerpts from his notes about the Battle of Donville:

08 June: Thursday night I heard that there had misfortunes. I went in the afternoon to Donville. It was looted in Legardinier houses, cows etc … We took the horse Mr. Minerbe. During the night around 22 hours shooting, strafing, grenades and large lights. The buildings at Mr. Duval were in flames

11 June: in the night from Saturday to Sunday, many cannon shots, incessant aviation. Around 1:30 cannonade, whistles and explosions of shells near the rectory. Five have fallen in the room of Madame Perotte. Office without bells, few people, rosary at 14:30. Two German guns shoot in confined near Montmireil. They say the Letenneur family had to leave.

14 June: Wednesday morning I learn that there are several dead Méautis*

* The list with details is given in his diary

15 June: Thursday still shells, aircraft bombs … No Mass. Americans are in the village and searched all closed for spotting isolated and purge the area.

16 June: Friday I returned to the rectory, from nothing, nor stirred, although the Americans are in the courtyard. I prepare the burial of the victims.

17 June: Saturday 9 civilian casualties burial in the cemetery of Donville

Father Lecointe who had taken refuge with others on the farm Artilly Donville then to Mare of Stones Méautis served as translator for the US military. He had indeed stayed in England some years ago. 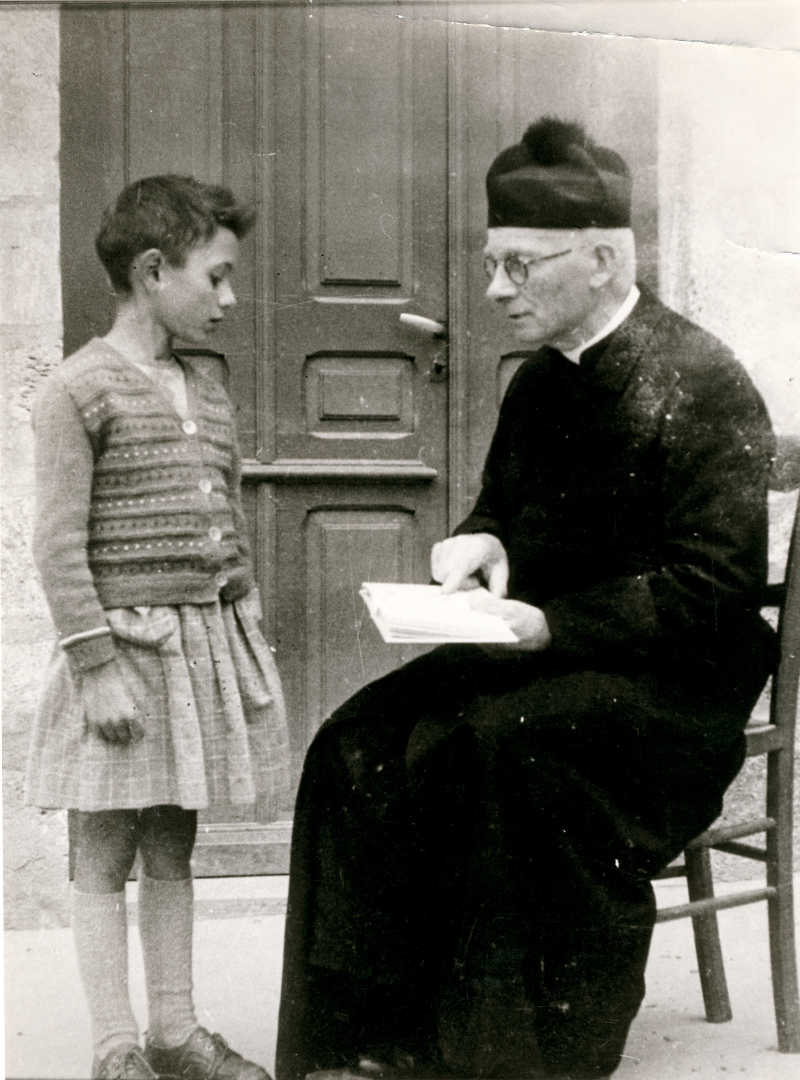 Father Lecointe translator for the US Army