Resident at Donville in 1944 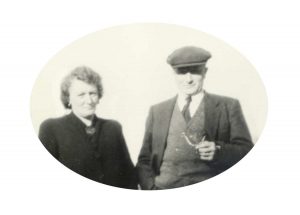 They saw the paratroopers the first time Tuesday, June 6, 1944. Mrs. brought them milk and butter. They asked the road to St. Como. They stayed until June 12, 1944 in the fields goshawks. From June 12 the artillery fire and extended and an American shell fell near the house. The Germans came for the day from the water. On June 13 in the morning to heavy smoke appeared in the chapel of Donville which left presage it was in ruins. The Americans attempted an attack in the afternoon but a German machine gun posted at the entrance of the house prevented any advance of US troops. The latter drew for nearly six hours in a row! By late afternoon the fire started winning home obliging Real Chappey out in the garden. They took refuge with others in the dry wash, a total of 19 people! Three grenades were sent to the shelter but they fell into the unoccupied part not injuring anyone … The American tanks went into action and destroyed the buildings housing. The Germans finally gave in the evening.

A German tank was destroyed near the chapel of Donville. Almost at the entrance of the cemetery four German soldiers who tried to dig individual holes in the hedge bordering the small road that leads to the chapel had been cut down by the firing of a US tank gun. He had then driven over the body …