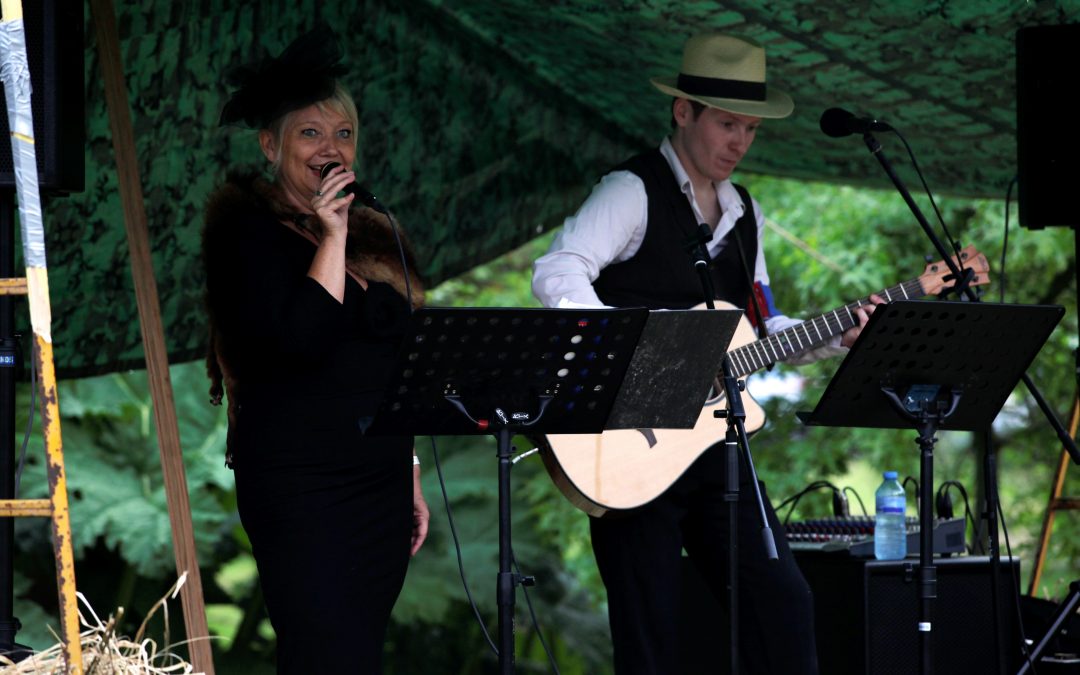 The year 2019 will be marked in our beautiful region by the 75 th anniversary of the battle of Normandy and that of Bloody Gulch (“the ravine bloody “) during which so many civilians and combatants Allies paid with their lives for the restoration of freedom Europe and worldwide.

The memorial museum of Bloody Gulch, located in the grounds of Donville Manor at Carentan-Méautis, which has been investing for more than 10 years in the quality pageant and guided tours unusual of his preserved battlefield offers you a exceptional program from Friday, May 31 to Wednesday, June 12, 2019.

We will be happy to you welcome to this highly historical place that inspires filmmakers renowned and restorative of all nationalities but where each year veterans and civilian survivors come to recollect themselves and remember despite the passing time and the pain of the facts they have lived.

We had the immense privilege my wife and I to meet in 1988 at a trip to Greece Mrs. Simone Veil who today rests at Pantheon and who told us the following thing “The duty of memory alone is useless if it is not accompanied the duty of education ” This is our motto today !

Welcome to this exceptional festival !

“On June 05, 1944 at night the couple Bucaille who lives in the manor of Donville since the 1930s is about to go to bed after a hard day’s work. But Auguste Bucaille born does not hear it that way and wants to listen to messages from the BBC like every night although radios are banned by that’s when he hears the message “Jean à de long whiskers .. “without being able to interpret it under the mockery of his wife. He decides, however, to go back without thinking that a major event was going upset the history of the whole world … “

In this show that wants to be interactive the audience will live for over an hour and a half the night from 05 to 06 June 1944 as it was actually lived by the Bucaille family in the Donville mansion and the battle of Bloody Gulch that made more than 250 victims in just two days of fierce fighting on June 12 and 13, 1944 !

This quality show, guided by the owner of the place, you will lead to the meeting of the Bucaille (cinema-theater) Civilians on the run, US and German paratroopers present on the scene with their weapons and vintage vehicles. Hedge fights will be presented with the techniques used at the time. The show will end by taking the mansion by the American paratroopers of the 101 the airborne division (companies E, F and H) against the Germans had turned Donville’s manor into a command post advanced.

Fights, emotions and surprises await you in this guided and lively show !

– Night shows at 10:45 pm on Wednesday 5, Thursday 6, Friday 7 and Saturday, June 8th. Open to all public. Single price at 10 Euros per person. Free for children under 5 years old. Provide protectors ears for babies because of explosion sounds. Accessible people with reduced mobility.

– Day shows at 5 pm on Sunday 9 and Monday 10 June. Open to all audiences. Single price at 10 Euros per person. Free for children under 5 years old. Provide ear protectors for babies because of explosion sounds. Accessible the disabled. people with reduced mobility.

– Camp reconstitution “Bloody Gulch” on several hectares with US, German and civilian vehicles. Reconstituants in period outfits, 1944 grocery store with refreshment bar and possibility of lunch on the spot. Many demonstrations of fights with possibility of baptisms of vintage vehicles (Fee)

– Convoy and exhibition exceptional German vehicles on June 04 from 09 hours. The Noteck association and friends makes us the honor of exhibiting very rare German vehicles and quality. A convoy will be organized with a departure to the manor of Donville. You will be able to admire these exceptional vehicles before their departure belonging to mechanical enthusiasts from all over the world !

– Exhibition of bicycles old men in the 1920s manor courtyard at 1940s with exhibition of quality objects. The owner of this unique exhibition in France will accompany you in your visit and will share his devouring passion for the old bikes!

– Canteen and German wheel operating in the courtyard of the manor. With German and French reconstituants come and discover the meal of German soldiers of World War II

– School of yesteryear and animations. A school of 1944 will be installed in the charreterie of the manoir de Donville where everyone can learn to write in India ink and learn his lessons!

– Meeting with veterans and civilians having fought at Bloody Gulch (subject to the availability of each and their state of health). Dates will be specified at come!– Tank demonstration German in the enclosure of the manor with possibility of baptism in function places available.

– Jazz concert on Saturday, June 08 from 9 pm before the show. Possibility to dine on the spot provided to reserve !

The access from the public to the American camp at the entrance is free of charge 9:00 to 18:00. For other exhibitions they are included in the entry price of museum without supplement to usual rates (see prices on the site) Parking free and toilets available.

The unusual guided tours from 9 am to 6 pm

The owner of the place and his team will make you discover the battlefield of Bloody Gulch with visit of the graves of the civilians murdered in 1944 in the village, the archaeological remains found on the spot in the terrex, the showroom decorated with demonstrations of the battle of hedges with reenactors in German, civil and American outfits. An exciting story guided for about 1 hour.

The content of this program is likely to evolve according to the participants who will be numerous this year!