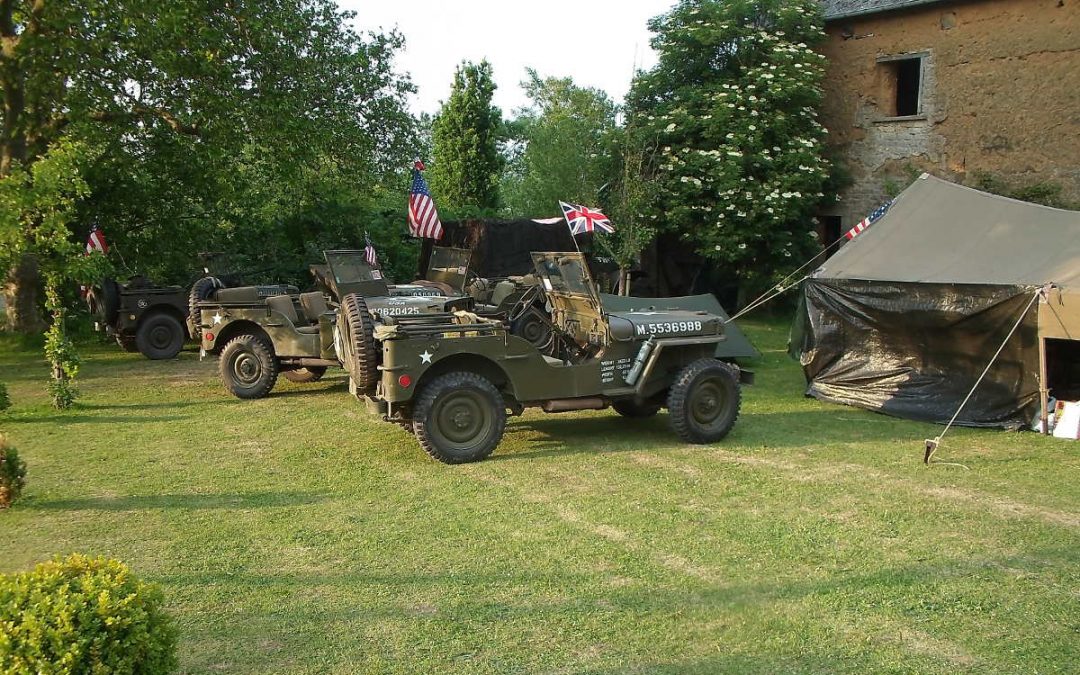 From 31 of may to 8 of June 2017, the Memorial of Bloody Gulch invites you to exceptional events to commemorate the Battle of Normandy in which perished so many men, women and children in 1944. The Bloody Gulch Memorial Museum will put focus on the civilians who were too numerous to die in Normandy (about 23,000) Méautis the town has about thirty civilian casualties, some of which were shot by the Nazis. The chapel of Donville keeps in his cemetery the bodies of three of the victims of the war.

And always guided tours by the owner of Memorial Bloody Gulch, archaeological remains and Donville mansion that still retains traces of fighting with knives in their rooms as has been mentioned in the Spielberg film “Il saving Private Ryan “(see the program of visits on this page)

For individuals or groups reconstitution to camp at the memorial hurry to reserve your seats at 02.33.42.03.22 or 06.47.51.02.69. We offer campers hot showers, water, electricity, location in an ideal location that has not been denatured since 1944.