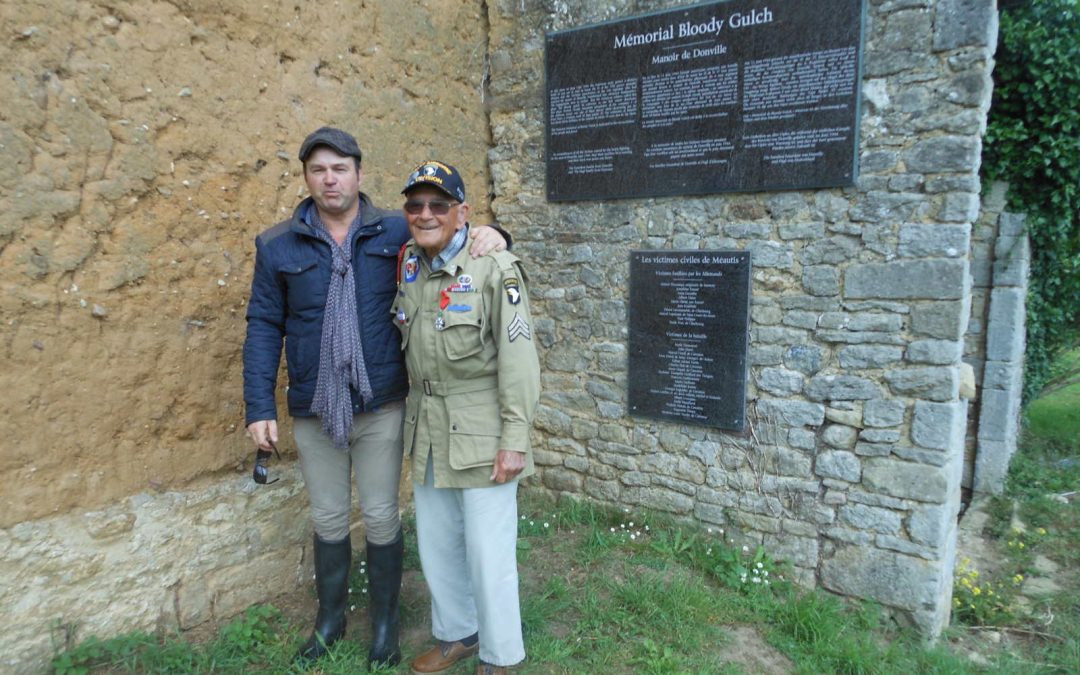 Bob Noody back to Méautis, did us the honor of accepting to become the godfacther of the Memorial Museum of Bloody Gulch. This veteran with big heart is known to have shot down an enemy tank with a bazooka. It was not far from the chapel of the Manor of Donville 13 June 1944. A feat that almost cost him his life.

During the ceremony confirming its role as official godfather, a tree will be planted in his honor. 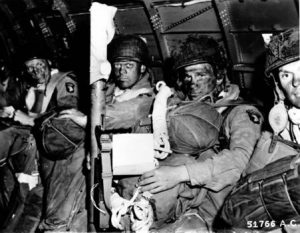 This photo of Bob Noody in the plane that brought him from Aldbourne to Méautis, went around the world. We have chosen to represent Memorial Bloody Gulch and honor his courage and that of his fellow 101st Airborne (Fox Company).

The ghosts of the mansion in the spotlight!
European Heritage Days