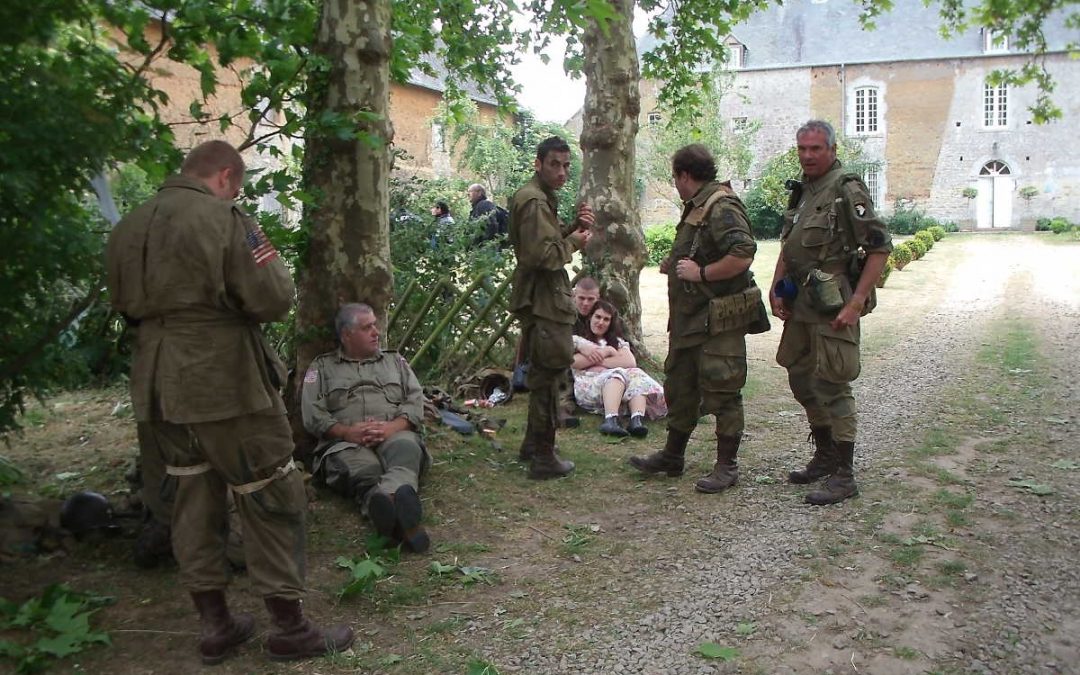 For the 70th anniversary of D-Day – Reconstitution camp Bloody Gulch

We organize this year exceptional animations Bloody Gulch memorial to commemorate the Battle of Normandy in which perished so many men, women and children in 1944. The Bloody Gulch memorial will focus on civilians who were too many to die in Normandy (about 23,000) Méautis the town has about thirty civilian casualties, some were shot by the Nazis. The chapel of Donville keeps in his cemetery the bodies of three of the victims of the war. We organize this year the following events:

For individuals or groups reconstitution to camp at the memorial. We offer campers hot showers, water, electricity, location in an ideal location that has not been denatured since 1944.

Commemorative ceremony and placement of a historic plaque